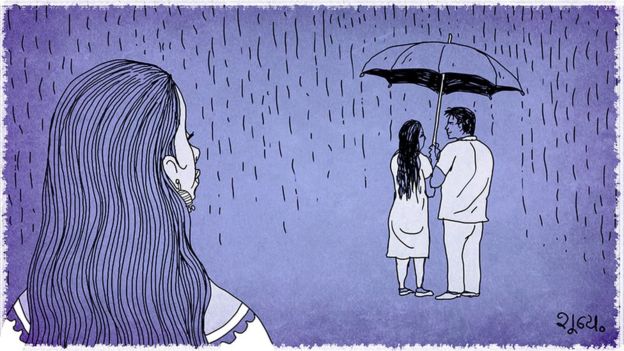 I recently attended a panel discussion where representatives from Women’s Aid and Surviving Economic Abuse [SEA] talked about raising awareness and responding appropriately to economic abuse and coercive control; politically, socially and professionally. SEA have been instrumental in pushing for the concept of financial abuse to be broadened out to include economic abuse – within the overall policy definition of domestic abuse.

The government has responded to this and in January 2019, the draft Domestic Abuse Bill was published aimed at supporting victims and their families and pursuing offenders. The new legislation will specifically include “economic abuse and controlling and manipulative non-physical abuse”. [source: http://www.gov.uk]

Financial abuse is “a pattern of controlling, threatening and degrading behaviour which restricts a victims’ freedom”. It’s usually experienced alongside other forms of abuse.

“Financial abuse involves a perpetrator using or misusing money which limits and controls their partner’s current and future actions and their freedom of choice. It can include using credit cards without permission, putting contractual obligations in their partner’s name, and gambling with family assets.

Financial abuse can leave women with no money for basic essentials such as food and clothing. It can leave them without access to their own bank accounts, with no access to any independent income and with debts that have been built up by abusive partners set against their names. Even when a survivor has left the home, financial control can still be exerted by the abuser with regard to child maintenance.” [source: http://www.womensaid.org.uk]

As well as the above, victims can experience restricted access to things like food, clothing or transport as well as opportunities to upskill themselves. The charity Surviving Economic Abuse [SEA] describes it as:

“Economic abuse is designed to reinforce or create economic instability. In this way it limits women’s choices and ability to access safety. Lack of access to economic resources can result in women staying with abusive men for longer and experiencing more harm as a result.”

Throughout my life, I’ve met many Asian women who are not just compliant but actively and consciously submissive to their husbands out of fear.

They may work but their husbands control the finances and make all key money related decisions.

They sign papers where told without the opportunity to read them or have a conversation about what they’re agreeing to.

They couldn’t tell you whom their mortgage is with or where their savings are kept.

They can go shopping with friends with their husband’s permission – but have no access to funds to buy things for themselves.

Sometimes their husbands aren’t physically violent; never a finger laid on them. But they’re met with spontaneous and erratic verbal vitriol without cause so they never know what to say or when, in case it triggers an explosive response.

Such a woman may not recognise herself as a victim of domestic violence, economic abuse or coercive control – but under the updated legislation, they very much are.

The sad truth is that even if they identify themselves as a victim, for reasons such as keeping the family together, fear of what society will say and a multitude of other shame related explanations, they won’t leave their husbands or speak out for themselves.

We all know such a woman.

In reality, the change in legislation will probably come and go – and they won’t even have heard of it.

We might not be able to help them exit their situation if they don’t want to, but we can be there for them, support them, listen to them, love them.

From attending the forum, hearing about the proposed legislative changes and reflecting on the ladies I’ve met who have experienced different forms of domestic abuse, I was motivated to write this poem:

I Know A Lady

I know a lady…

….who’s afraid to go out in case her husband needs her to do something and she’s not there to comply

…who awaits her instructions each morning as to what meal she is expected to prepare; she can’t volunteer any suggestions

….whose husband is praised by family and friends for his likeable manner but who never utters a word of love or kindness – or even meets the gaze of – his wife

…who relies on money from her children to buy clothes, shoes and food

…who experiences shouting, door slamming and controlling behaviour everyday but will say she’s not an abuse victim because she’s never been hit

…who experiences physical symptoms of anxiety when she hears his footsteps descending the stairs, afraid of what mood he’ll be in

…who is only allowed to speak when addressed by him directly

…who can’t shake off his influence so even when she’s out, she’s anxious to return home

I knew a lady.

A reservoir of love – always celebrating your achievements and commiserating your losses.

She’d cook up a feast for 20 in a couple of hours and serve you with the warmest smile.

She gave love in abundance to everyone she met but her heart ached for acknowledgement from her life companion.

She left with a heart full of promise of the places he’d take her and what they might see together.

She longed for the touch of his hand, a softly spoken word or a look of affection. To be included and noticed, to have an opinion that counted.

She had no appetite for material things and she eventually succumbed to emotional starvation.

She believed that God would make it all alright in the end.

Do you know a lady?

what can I do?

If you know of anyone suffering from domestic or economic abuse or is under the control of someone else, please offer to talk about it. You can provide practical support such as referrals to organisations that can help; or take them to a safe place where they can talk and unburden themselves; plan respite trips such as to a meditation class or for a coffee; help them realise their own self-worth by reminding them of what they’ve accomplished; and avoid platitudes such as “everything will be ok, don’t worry” which serves only to tell the victim that you’re uncomfortable talking about the problem.

The reality is that many (especially older) Asian ladies won’t leave their husbands following decades of marriage; they’ve become used to living in an unequal partnership and have grown to be dependent on their abuser husband. And there are many women who simply won’t reach out to organisations offering support because of shame and fear of judgement by the community.

But we can each make a positive difference to the life of someone we know who is a victim of domestic abuse or coercive control. We can offer support and the gift of our time to hear their story.

I was once walking with my two year old son on a cobbled path at night in Africa and concentrating on where I placed my feet so I didn’t fall and take him down with me. He exclaimed “look up mummy!” and I followed his finger to the night sky which was bursting with millions of brightly shining stars. It was utterly magical. I was so consumed by the cracks in the floor that I almost missed the star studded spectacle above my head.

I learnt a valuable lesson that day.

We are one humanity; let’s look up from our lives and see what’s going on around us.

Let’s look after each other.